Forrest Gumped My Way to Success

If you were anything like me, a 22-year old kid fresh from college thinking those you would be working for had their stuff "together", the economy was only going to grow larger and being upwardly mobile was a right guaranteed by every person born in the US, then you also had a lot to learn about the way the world really works.

I opened up my career like any other middle-class male. I majored in
Communications

(Advertising) and minored in Marketing at UNLV, pushing my way through the system with the help of financial aid. It was natural that I found my way to an ad agency to complete my internship before graduation. That experience led me to my first marketing job working for a local Las Vegas Charity, Opportunity Village. That was where I shed my ideologies about the way things work (according to the classroom) and began realizing the vast network of relationships that existed in Las Vegas in 2003. As a part of my job role, I was responsible for 3rd party fundraising efforts and special events. Fortunately during that time, I was taken under the wing of a very well-respected public relations professional named George McCabe (currently the PR Director for B&P Advertising). George opened the door to media professionals in Las Vegas and with a respected charity behind me, I was in the best position to make really valuable connections.

I quickly realized that I stumbled onto a really great thing in my career which wouldn't be apparent to me until years later. Working for a non-profit is one the best ways to engage with politicals and decision-makers. To this day, I am recognized for having been a part of such a respected organization. When you are approaching a relationship with someone on behalf of a charity, it is likely that you will get a response and usually at a higher level than your position would justify in the for-profit world. This is great for building your reputation and hopefully you are working for a cause you believe in at the same time. Even after 7 years of not working there, I am still very active with Opportunity Village and it continues to open doors for me. I strongly recommend getting involved in the community.

It was during this part of my career that I decided to get out there and attend all the emerging social, professional and political gatherings I could get into. I was peaking at about 5 a week, promoting Opportunity Village and getting my name out there. I was starting to see patterns early on and over the years, I've developed a strong sense about how to gain the most value from networking....


Sales Locusts and the Events They Feed On

I was a little oblivious as a first-time sales person, constantly looking for opportunities to network and hand out that first business card that said I was a "somebody"...working for "somebody." I must have went to every networking event in Vegas. I'm not sure if I met new people but I sure did help out the bar tabs for the host venues. I'll tell you what...Vegas hosts the best networking events.... but I don't think I've ever done business with someone as s direct result of meeting them at a mixer, in-fact, I think most relationships that came from those experience brought more headache than help. I think this is common for most people. To this day I get chased by financial counselors. Thanks, but I can manage a zero balance on my own.

Chamber mixers, networking groups, socials, etc. have a cycle. If they are managed and launched well, you will see an A-List crowd for maybe 12 weeks. After that, the format gets old and the quality people stop coming. The percentages lean more to the side of "clueless" sales people that would shove a business card in your face well before ever thinking to ask where you are from. This common problem accelerates the exodus of all the value that is there for someone looking to truly build their network. I call these problems "sales locusts". They come in and devour all the value and leave nothing but themselves in their wake. Eventually they move on to the next hot spot and repeat the process.


You Never Get a Second Chance to Make a First Impression

But you do get a second chance to reinforce the business community's bad impression of you. How do you want to be known amongst your professional peers? Are you the sales locust mentioned above? Are you someone that has value in one form or another to people in your industry?

If you are reading this, then you are thinking about your place in the business community. People are people. Do you like someone who just talks about what they do and do nothing to find out who you are and what you are about? Most people don't like being sold, but they love being helped. There is a powerful concept - EMPATHY. It's a lot like the Golden Rule. Treat others as you'd like to be treated...

I've been talking a lot here, but I wanted to demonstrate my thoughts on networking and what I found most valuable in my career path. I've developed hundreds of great relationships in business and many of them have turned to friendships. I have some rules to follow that will help even the least social person:


The next time you are at an event, you hopefully are not littering with your business cards and are engaging in a lot of valuable 5 minute conversations. Don't judge success by how many business cards you collected. Judge by how many people asked you for yours. If you can change your thinking, you may have less prospects, but you'll have better ones and fewer to manage. 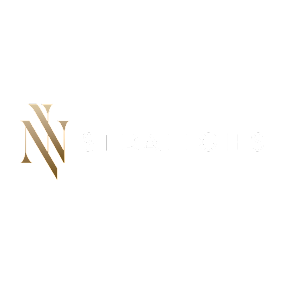